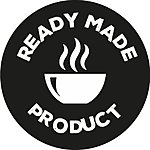 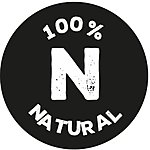 Once upon a time a meat salesman, Helgor, paid a sales call to the President of Estonia’s personal chef, Indrek. They had a natural rapport and discovered that they shared a disdain for processed food and a love of cooking for friends. They soon opened Food Studio, an events kitchen that opens minds and palates to the beauty of pure food.

Always on the stove in Food Studio is a monster pot of broth. So many customers were dazzled by the taste and shocked to learn that the bouillon cubes they were using at home contained less than one percent chicken or beef and massive amounts of salt and MSG (E621). Helgor told Indrek that they should produce and package natural broth for retail sale – one so pure that even an infant could consume it. Indrek asked if he was high.

Despite literally having to boil bones for 12 hours and create entirely new recipes to make large quantities of broth, the two eventually made it happen. Food Studio roasts locally-procured bones and vegetables until they are golden brown, a pinch of sea salt and herbs are added, and then the seemingly endless simmering begins. It’s slow but the taste will blow you away.

Food Studio natural broth was placed in supermarkets in 2016 and sales have grown as fast as Helgor and Indrek can make broth - several hundred percent each year. Food Studio is now engaged in spreading its broth throughout Europe and creating new technologies to preserve other real foods. They’re making sauces (like red wine and coconut curry) and a series of puree soups just as good as you’ll find in restaurants.

Whatever FS Goods are making, rest assured it’s as tasty, honest and slow as the stuff your grandma made: Food Studio puts in the time so you don’t have to. Read more from: https://www.fsgoods.ee/en/our-story
Jungent is helping them now to establish the brand in Latvia and Lithuania!